We are 24th in maternal mortality rates* around the world. This ranks last overall among industrialized countries. Iceland, Estonia, Slovenia, Slovak Republic, Norway, Ireland and Luxembourg are tied for number one. We fall behind Turkey and Portugal, and right before Costa Rica, and Mexico.

It usually works that babies are brought in to be seen by a physician at six weeks after childbirth. I wonder why anyone isn’t asking to see the birth parent!! I am sure he/she/they may have a question or two!

What about after a cesarean section? My cousins wife almost bled to death after her second c-section. If he wasn’t scared enough to bring her to the hospital, at home seeing his wife bleeding, she would be dead. This was 2021.

“Despite the U.S. spending more on maternity care than any other country – an estimated $110 billion each year – it has the worst outcomes among peer countries for mothers and babies.” Oregon State News reporter Molly Rosbach writes.

“We should not separate the outcomes of care from the experience of care,” Missy Cheyney said. “How we treat mothers matters as much as the clinical outcome, and we have lost track of that in some places.” Missy Cheyney is one of fifteen authors of Birth Settings In America. This report was commissioned by Congress .

I am currently working on a documentary about Midwives, and spoke with Melissa Gordon-Magnus from Nest Midwifery. She was very clear that the midwifery community has worked very hard at creating an integrative approach to working with health care providers, instead of against them.

Midwives offer different care in the way of hands on care. Families have longer appointments. Midwives will be there the next day following childbirth. Completely available to the needs of the birthing parent, as well as baby. This type of care brings the focus back to the whole picture. A person gave birth, it is a trauma to the body. Physical issues may need to be addressed, questions about breastfeeding may be an issue, and best sleeping practices are all good places to start.

*What We Mean by Maternal Mortality

Pregnancy-associated death: Death while pregnant or within one year of the end of the pregnancy, irrespective of cause.

Pregnancy-related death: Death during pregnancy or within one year of the end of pregnancy from a pregnancy complication, a chain of events initiated by pregnancy, or the aggravation of an unrelated condition by the physiologic effects of pregnancy. Used in the U.S. only, this CDC measure is typically reported as a ratio per 100,000 births.

Maternal mortality: Death while pregnant or within 42 days of the end of pregnancy, irrespective of the duration and site of the pregnancy, from any cause related to or aggravated by the pregnancy or its management, but not from accidental or incidental causes. Used by the World Health Organization (WHO) in international comparisons, this measure is reported as a ratio per 100,000 births. 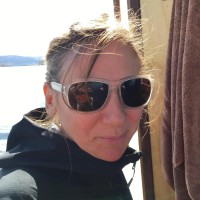 Jennifer is a photographer, video producer and founder of Womb pdx. She spends her time cuddling with her Chihuahua Gigi and laughing with her daughter Maya.

We all are learning as we go. We need education s

We know why we want to work so hard. We need to r

This Mother's Day give a new family the gift of be